A New Year – a New Service!

It’s 2015, a shiny new year – and a fitting time to introduce a new business to the Proof Fairy portfolio!

Last year I spent six months training as an NLP practitioner and business/life coach. It was a challenging time and helped me grow in many ways – and I also learned a lot of skills to help people explore issues, challenge beliefs, overcome obstacles and move their life and business forwards. 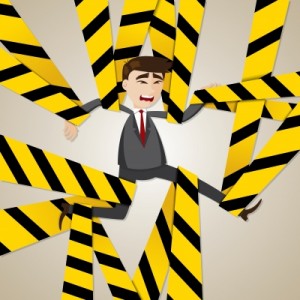 I’ve already been using these skills in two key ways – by helping people to write books and through my other business, ADHD Kids – but I wanted to do more with them. So today I have introduced a brand new service – the Get Unstuck! Phone Call!

The idea came through working with two clients at the start of the year. Jude was writing a book and it was due to arrive with me for editing – but there was a problem. The final chapter was stubbornly refusing to be written! I offered to have a chat with Jude and in less than 20 minutes we had explored what was going on and Jude had realised what she needed to do to get it written. Following the call she wrote over 3500 words in ninety minutes and managed to get the book finished. She’d been Stuck – but after our conversation she was most definitely Unstuck!

The other call was with Lisa, who was juggling living in two countries and running three businesses and wondering how to make it all work. Again, after about half an hour of conversation and some challenging questions from me, she had made plans, put dates in the diary and had a new sense of clarity over where her businesses were going. From Stuck to Unstuck – just through a phone call!

The feedback I received from both Lisa and Jude was fantastic and I realised that perhaps this was something I could offer to other people, as part of an official Proof Fairy service. And so the Get Unstuck! Phone Call was created.

So if you have any sort of issue that’s making you feel well and truly stuck, why not give me a call and we’ll get you unstuck! And if it doesn’t work and you don’t feel you’ve moved forwards by the end of the call, I promise to refund your money.

Interested? You can find full details and book your call here.

Image courtesy of iosphere at FreeDigitalPhotos.net

Alison provided an excellent proof reading service when I needed to get my book ready for publication. Her work was very thorough and very professional and I have no hesitation in recommending her services to any writers who need top class proof reading.
Rory Gear, writer