Guest blogger Matt has written an entertaining post on the development of one very specific “language”, Cockney Rhyming Slang. If you’d love to know why I’m eating an Andy in my Baracks when really I should be down the Fatboy, read on! (And make sure you have a go at the quiz that Matt mentions – I scored an amazing 9 out of 10 and am apparently “almost a proper cockney”. Well, I am a Londoner by birth …) 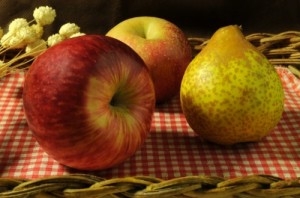 Would you Adam and Eve it? A survey by the Museum of London has shown that fewer Brits understand Cockney Rhyming Slang than ever before, with even fewer actually using the East End slang. Of the 2,000 people surveyed (half of them from London) only a small percentage understood terms like ‘mother hubbard’ (cupboard), ‘bacon and eggs’ (legs) and ‘donkey’s ears’ (years).

The most well-known phrases tended to be ‘cream crackered’ (knackered), ‘porky pies’ (lies) and ‘apples and pears’ (stairs), which were intelligible to around 75% of participants, but only 1 in 10 reported using them in the last six months. Significantly, Londoners fared just as badly as those from outside the capital.

What is Cockney Rhyming Slang?

Originating in the East End of London in the 1800s, Cockney Rhyming Slang was thought to have been a way for Cockneys to talk about their dodgy business without other people understanding. One word gets replaced by a pair of different words, so ‘wife’ becomes ‘trouble and strife’. The rhyming word, which is only used for learning purposes, is then omitted and ‘wife’ simply becomes ‘trouble’.

It used to be the case that someone was a Cockney if they were born within the sound of Bow Bells (a church in East London) but now it really just refers to anyone with a Cockney accent. A classic example is in the film Lock, Stock and Two Smoking Barrels where somebody uses Cockney Rhyming Slang in a pub, and the scene has been subtitled in English.

Why is it on the wane?

It’s hardly surprising that Cockney Rhyming Slang is disappearing. As soon as other people knew what it meant, it ceased to serve the purpose of coded communication, and some stopped using it. Added to this is the fact that it’s less relevant for the younger generation, who are exposed to different cultural influences from TV and the internet. East End teens are much more likely to use slang like ‘totes’ (totally), ‘buff’ (very attractive) and ‘OMG’ (oh my God) rather than words associated with their grandparents.

Apparently some schools in the East London borough of Tower Hamlets have started teaching kids terms like ‘I’m Hank Marvin’ (I’m starving) and ‘Have a butcher’s hook’ (have a look) in a bid to carry on the legacy of Cockney Rhyming Slang. I suppose the reasoning is that, as kids going to school in the area may well end up speaking with a Cockney accent, they should be aware of its heritage. But if they’re still trying to learn English, it might be a bit confusing. Also, there’s the question of how relevant it is for kids from Bengali, Somali or Arabic families.

I reckon a better idea to spread the word is with the installation of Cockney cash points in parts of the East End, which let you select Cockney Rhyming Slang as a language. You can then proceed with your Huckleberry Finn (PIN) and withdraw either a speckled hen (£10), horn of plenty (£20) or Lady Godiva (£5). This exposes people to the dialect in a fun way that they will remember.

Cockney Rhyming Slang is still evolving, with new phrases coined all the time to reflect trends in popular culture. Modern examples usually borrow the names of celebrities and sometimes update existing slang. For instance, Lionel Blairs (flares/flared trousers) tended to become Tony Blairs in the late 1990s, as more people knew who the ex-British Prime Minister was than the once famous singer. Here are my five favourites from recent times:

That’s all for now, but if you want to test your knowledge of Cockney Rhyming slang, head on over to The Guardian and take this quiz.

Matt is a London-based blogger and English teacher with a passion for travel and music. He writes for HotelClub.com, a leading accommodation provider with hotels in London and many other cities throughout the world.