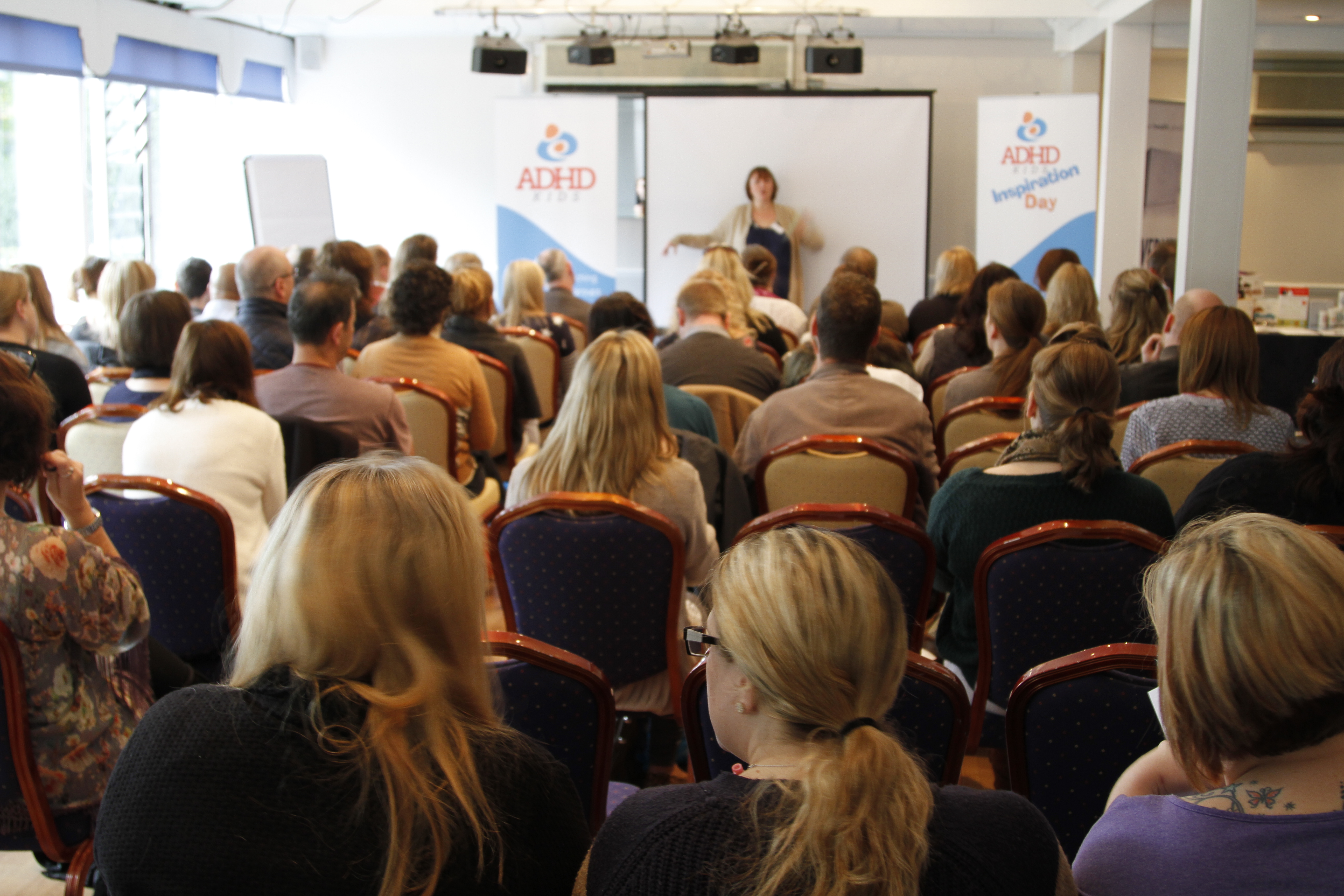 I recently organised a big event for my other business, ADHD Kids. Having never run so much as a workshop before, it was a challenge to say the least, but one that I relished. Despite having many sleepless nights and nightmares – What if no one turns up? What if the speakers are rubbish? What if the whole thing is disorganised chaos??? – the event was a huge success, and I’m already making plans for the next one! However, there were plenty of things I learned during the planning, the day itself and the aftermath – so I thought it was worth sharing my 20 tips for organising an event. While these were obviously specific to my own event, I think they can be learned from and applied to any event, whether it’s a one hour workshop or a three day conference.

20 Tips for Organising an Event

Your venue can make or break the event, it’s as simple as that. Work out what you need from the venue and then find the right place, rather than fitting your event into a venue. When choosing a venue, bear in mind what you’ll be using the space for, what additional rooms you may need, how close together they are, whether you’ll need disabled access, how easy it is to get to the venue (both car and public transport), catering etc.

2. Advertise in as many places as possible

Most of my delegates came via Facebook, where I did paid advertising as well as organic updates, but I also got coverage – and ticket sales – through local newspapers and magazines, local radio, specialist magazine, listings websites, and other social media platforms, as well as my website. Cross-platform marketing needn’t cost you much – apart from the Facebook ads, mine took time rather than money.

3. Only purchase the marketing materials you really need

I bought some banners – which were really useful – and got lots of things printed for the day, like programmes and feedback forms. I also spent lots of time and money designing and printing a beautiful A5 flyer. I bought 250, and about 201 are still in my desk drawer …! Work out exactly what you’ll need and don’t be tempted by special offers or persuasive salesmen! 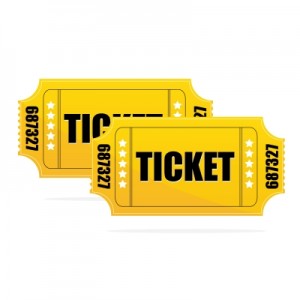 4. Be flexible with ticket prices – appeal to your target audience

I knew money was an issue for my target market so as well as doing a crowdfunding project to fund free places, I also did a special deal where you could buy a pair of tickets at a discounted rate. This meant mums and dads, or two friends, could afford to come to the event together, and it was very popular.

5. Free tickets? Or a small fee? Or a refundable fee? Or a gift if they show up?

One of my biggest concerns was that people with the free tickets might not bother turning up if they’d had a late night, or the weather was bad, or they just didn’t feel like it. Fortunately that didn’t happen and there were only four no shows (and they all had good excuses) but for future events I’d consider one of three options: very cheap, rather than free,  tickets – as little  as £5 – so everyone has invested something in the event; free tickets but available for a deposit that’s returned when they arrive (and kept if they don’t); or the promise of a valuable (to them) gift on arrival.

6. Consider offering free/ part-funded places as a last minute thing – not straight away

This was a big mistake I made. As soon as I had the funding for free places I opened up applications. This meant there was the opportunity for people who might otherwise have paid for a ticket to get one for nothing. In future, free places will be a last minute offer, not the first choice!

I was lucky that I had a good group of speakers, but there was some feedback on people not being clear enough, or rambling a bit, or not being quite specific enough for the audience. If you can, vet your speakers in advance, either by seeing them in action or asking for audio or video of them giving a presentation. At the very least meet them for coffee so you know who your speakers are and what thy’ll be talking about!

8. Make registration as simple as possible

I had far too much going on during the registration process – delegates had to check in, collect a name badge and goodie bag AND register for workshops all at the same small desk. And while it was okay when people were arriving in ones and twos, when we had ten people arrive at once it descended into chaos! Small changes like moving the workshop registration to another place would have made a huge difference. 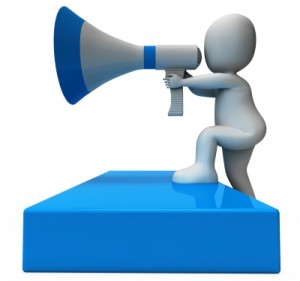 9. Tell people what to do

When someone suggested I do this, I thought it might seem a bit patronising, but actually when you’re trying to organise a large number of people, you need to ensure everyone knows what to expect at every stage. I was concerned that the afternoon sessions – where I had four workshop slots and a choice of five workshops for each slot – might be chaotic. To prepare everyone, before the event I sent emails explaining what would be happening when people arrived and how the day would proceed; when they arrived, they were given a runthrough of the day; and in my introductory speech I told everyone the order of events and asked them to make sure they knew where they were meant to be for the workshops. Nobody minded being told what to do, and the workshops ran really smoothly as a result.

You will never believe how long it takes to get 80 people through a hot and cold buffet … be prepared!

11. Be flexible and adaptable – but make some things non-negotiable

The schedule for the day was tight, but because lunch took so long, I made the decision to move the afternoon sessions back by 15 minutes and make the tea break shorter, and being flexible about this worked really well. On the other hand, I had set up 15 places for each workshop and for all sorts of reasons I wasn’t willing to budge on that – not even when one delegate said “If I don’t get onto that Managing Meltdowns workshop I’m going to have a meltdown myself!”

12. Be prepared for things not to work

Out of the 20 workshops that took place in the afternoon, two of them had to be cancelled because of low numbers – and mine was one of them. I’d had a feeling parent coaching wouldn’t be a priority for the delegates, but I have to admit I was disappointed. However great your event is going to be, there are bound to be some parts that don’t go according to plan, so be prepared to deal with that, both practically and emotionally.

13. Have a PA system even if you think you won’t need it

I ummed and aahed about hiring a PA system and in the end, having spoken to a couple of people who had run events at the same venue, I decided not to bother. Big mistake, because several people commented that some of the keynote speakers were hard to hear. Next time I’ll be hiring one regardless!

14. Don’t be over ambitious – if you have a gut feeling something won’t work, it probably won’t

I had the bright idea of running two workshops in the same large room. I told everyone it would be fine, but I had a nagging feeling it would actually be difficult for either group of participants to concentrate when there was another session going on in the opposite corner – and I was right. If your instincts are telling you something’s off key, go with them – they’re usually right.

Your perspective of the event and your delegates is going to be very different so make sure you ask for feedback, either via a form they complete on the day or an online survey afterwards. And even if you don’t think you’ll repeat the event it’s useful to get feedback on what worked and what didn’t work. If nothing else, it’s good to let your speakers how they were received, and you can also use it for PR!

16. Dont forget to sell from the stage

I can’t believe I did this. I didn’t even realise I’d done it till a fortnight later when someone mentioned it. The whole point of my event was to launch my new business and launch me as a parent coach – yet despite doing the opening and closing presentations I didn’t once mention my company or what I did! Nerves got the better of me … don’t make the same mistake, and ensure you’ve included even a small sales pitch in your talk.

If you worry things will go wrong, they probably will … keep calm! Despite all my fears, the event was a massive success and once I stopped pacing round the venue and checking everything was in place and panicking over the no shows, I relaxed and was able to enjoy the event. It’s your big day – so make the most of it! 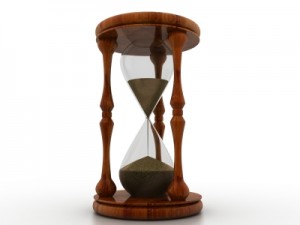 In the days following the event I was taken aback by the amount of follow up work I had to do – emails to the delegates, emails to the speakers, email to thank the venue, emails to the exhibitors, a press release, responding to queries, collating the feedback, updating social media, writing blog posts, sending newsletters, adding names to databases etc. Make sure you factor in time for all this follow up admin.

Feedback forms can be a great way to collect sound bites for you to use in press releases and publicity for future events, but don’t be afraid to ask delegates for testimonials after the event. Make it clear what you’ll be using it for, and you’ll be surprised how many people will respond – especially if they think they might see their name in the local papers!

Hopefully your event will be a huge success and people will have only positive things to say about it – but actually, positive feedback is very nice but it doesn’t help you to improve your event in the future. Be open to all feedback, especially the  negative, and consider it when you plan future events. And never forget that the event might be your baby but actually it’s the impressions and outcomes of the people who attend that are important – and their views matter!

Have I missed anything? Do you have any other tips for organising an event? Let me know in the comments!