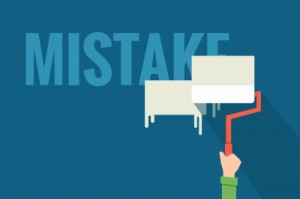 If you’re anything like me, you’ll have various Google Alerts set up to let you know if someone on the internet mentions your business name or topics of interest. I have several of these and while they’re not always relevant, they do give me food for thought sometimes.

One of the alerts is for the word “typo” used in a news story, and it always gives me some examples of why people really do need to use proofreaders when they’re writing anything vaguely important.

For example, when the Duchess of Cambridge had a new haircut the Daily Express was very excited about breaking the news … except they slipped up slightly in their original headline. “Kate Middleton shows off hairstyle in rare pubic appearance” didn’t quite get across the story they intended!

Embarrassing, for sure – but easily resolved and it didn’t really do any damage to the newspaper, I admit. But take your eye off the ball and typos can cause mayhem, at their worst losing you relationships and business. Don’t believe me? Here are a couple more examples.

A Google Alert appeared for a story posted on a women’s online magazine about a conversation on the Tinder dating app that didn’t quite go according to plan. Keen to win the attention of one particular woman, the amorous beau said: “I’m in London for a week but when I’m back we should totally bang out”…! Of course, hanging out might have been a totally acceptable suggestion, but banging out? I’m not so sure. Whether or not the relationship developed any further, I don’t know! But his typo could well have cost him the girl.

Much more serious was the typo Companies House made when it announced that a Welsh company called Taylor and Sons had gone into administration. By the time they realised they actually meant Taylor and Son – singular – the family business had lost contracts and orders and been turned down by suppliers. They ended up going into administration with the loss of 250 jobs – all for the sake of a typo. Shocking, hey?

So what can you do to ensure typos don’t ruin your life? It’s simple really – get a proofreader like me to look over any important documents for you. I only charge £8.50 per thousand words – but I could save you a whole lot more.

As copywriters we realise the importance of accuracy in our work. To ensure not even the smallest typos slips through the net, we use, The Proof Fairy. Alison is fun to work with, highly professional, always quick to respond, and has a remarkable eye for detail. The Proof Fairy helps us provide a truly professional service to our clients and we recommend her services whole-heartedly.
Joy McCarthy, WORDright